What is scientific dishonesty?

Cases of scientific dishonesty that are central for Danish research can be taken up by the Danish Committees on Scientific Dishonesty (DCSD).

A historical review of the concept of dishonesty in Denmark may be found in the DCSD’s ruling of 18 December 2013 on manipulation of graphical material (case no. 1), cf. section 7.1.

In the Eastern High Court’s ruling of 18 February 2015 (the Klarlund case) the court states, among other things, the following about the concept of dishonesty:

“On the basis of this, the High Court finds that since 1992 scientific dishonesty has been characterised by conscious – or bordering on grossly negligent – breach of the basic requirements for scientific research. Moreover, the High Court finds on the same basis that the scope of scientific dishonesty includes cases where it is relatively clear that it must be taken into account that the researcher in question acted intentionally or with gross negligence in connection with falsifying or distorting the scientific message. The serious adverse effect on a scientist’s reputation and thus on the scientist’s future research possibilities, if the researcher should be deemed to have acted in a scientifically dishonest manner, speaks equally in favour of this, in the opinion of the High Court. This view is supported by the legislative history to section 2(3) of the Act on Research Consultancy, etc., as amended by Act no. 552 of 17 June 2008, referring to aligning the proposed scheme with the corresponding Norwegian model, cf. as stated above under the Legal Basis of section 5 of the Norwegian Act on Research Ethics and its explanatory notes. The explanatory notes state, among other things, that there are “strict requirements of guilt in order for the Committee to make a ruling of dishonesty”.”

In the same ruling, the Eastern High Court emphasises that the concept of dishonesty to be applied is the one which was applicable at the time of submission or publication of an article.

A similar view underlies the ruling of the Western High Court of 30 March 2016 in the Helmuth Nyborg case.

Undisclosed fabrication and construction of data or substitution with fictitious data

Undisclosed selective or surreptitious discarding of own undesirable results 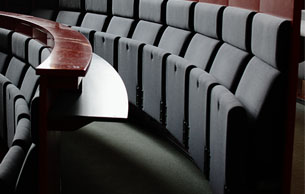 Undisclosed unusual and misleading use of statistical methods

Undisclosed biased or distorted interpretation of own results and conclusions 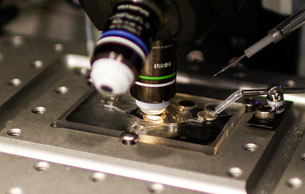 Plagiarism of another person’s results or publications

For more information about plagiarism, please refer to the article on plagiarism, credits and good citation practice.

See also the articles on publication and dissemination and freedom of expression.

For more information about authors’ responsibility for compliance with good scientific practice, please refer to the article on authorship.

Professor, legal consultant for the UBVA