The Danish Committees on Scientific Dishonesty (DCSD) were set up by the Minister for Science, Technology and Innovation under the Danish Act on the Research Advisory System. The committees had jurisdiction to hear cases on scientific dishonesty (research misconduct) of importance to Danish research, see below.

The following three committees were established, which together covered all areas of scientific research:

1) Committee on Scientific Dishonesty in Health and Medical Sciences (USF): This Committee dealt with matters concerning research on human health, including nutritional aspects. The Committee considered matters relating to all aspects of basic scientific and clinical research, including the use of animal models aimed at human health and disease.

2) Committee on Scientific Dishonesty in Natural, Technological and Production Sciences (UNTPF): This Committee dealt with matters concerning research aimed at basic scientific issues in science, computer science and mathematics. The Committee considered cases concerning basic research in technology and production, where the starting point was application-oriented solutions to problems or new ways of meeting society’s needs.

3) Committee on Scientific Dishonesty in Cultural and Social Sciences (UKSF): This Committee dealt with matters relating to research in the humanities and social sciences. The Committee considered matters of research in all aspects of history and culture, cognitive, linguistics and philology, aesthetics and economics, political science, sociology and law.

The common Chair for all three committees was a high court judge. Each committee also comprised six members, who were required to be recognised researchers.

The rules governing the DCSD were found in:

The DCSD could consider cases of scientific dishonesty important to research conducted in Denmark, research done by persons with employment in Denmark or research conducted with Danish funding. In the case of scientific products developed in the private sector, the case could be processed only if the private enterprise or the like wished to be included in the remit of the DCSD, or wished to contribute with further evidence, see sections 31(1) and 31(2) of the Danish Act on the Research Advisory System. 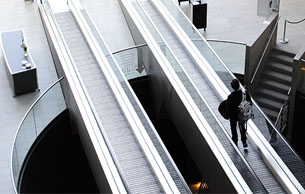 Admission of cases for investigation

A report to the DCSD was required to concern either 1) a written scientific product submitted voluntarily by the respondent, or 2) an application filed in order to apply for public research funding. The complaint had to relate to matters that fell under the mandate of DCSD (see above).

A complaint could concern individuals or groups of individuals. The respondent(s) had to be scientifically trained within the field of the scientific product in question.

The requirement that the defendant must be ”scientifically trained” was introduced by the  Executive Order on Danish Committees of Scientific Dishonesty of 2005. This requirement could give rise to uncertainty.

In some cases it may be difficult to determine whether something can be considered a scientific product. Cf. recent practice:

“The Executive Order does not provide a specific definition of the concept of ‘written scientific product’, but according to the established practice of the DCSD, this would require that scientific methods had been applied to the product in question, and that these had been detailed in the product. In order for the DCSD to consider the case, it must be determined whether it is an actual scientific product, or whether it is a popular scientific publication which falls outside the DCSD’s mandate.

Feature articles in newspapers and the like are not in general covered by the definition of written scientific products under section 6 of the DCSD Executive Order. This also applies when the feature article is written by researchers and falls within the scope of the persons’ field of research. It is thus possible for researchers to speak out in the media without this automatically being considered to be scientific reporting, and without this making a feature article, for example, a scientific product in the meaning of the DCSD Executive Order.

As a rule, daily newspapers (in this case [NEWSPAPER]) are not considered scientific media, and feature articles etc. in newspapers are not directly scientific reporting, but merely popular science reporting, which falls outside the DCSD’s remit, cf. above.

Based on the information available on the case, including the contents of the feature article, I take into account that the feature article merely reflects popular science reporting. In this context, it is my opinion that there is insufficient connection between the feature article and the article in [MAGAZINE] to warrant that these should be regarded as a single scientific product as defined in the DCSD Executive Order.

In summary, it is my conclusion that the feature article cannot be regarded as a scientific product, cf. section 6(1) of the DCSD Executive Order, and thus the DCSD must decline to consider the complaint.”

“According to the evidence, this is a book containing a description of [RESPONDENT]’s profession and events in his life as a coroner and previously.

On this basis, I find that your complaint does not concern a written scientific product such as an article in a scientific journal.

In this context the essential question is not whether, as claimed by you in the book, falsified reporting of results in other scientific products takes place – in this case your scientific articles in Ugeskrift for Læger (Weekly Journal of the Danish Medical Association) that you have enclosed with your complaint.”

“A congress abstract is a brief but concise summary of a research project – often reduced to 200-300 words – which is usually written in accordance with the IMRAD concept in original scientific publications (i.e. “I”= introduction (1-2 sentences); “M” = method (approx. 3 sentences); “R” = results (2-4 sentences) and (“A”nd) “D” = discussion/conclusion (2-3 sentences). Congress abstracts are often written at an early stage, when not all of the data has been fully processed, whereas abstracts of journal articles are more concise and are placed directly into search engines such as PubMed, where searching on relevant topics allows researchers around the world to quickly form an impression of whether the article in its entirety could be of interest – for example in solving a clinical problem.

The DCSD finds that the two congress abstracts should be considered written scientific products, as they represent preliminary results in relation to a research problem.”

Based on the evidence in the case, I take into account that the statements made on television on 17 January 2012 are solely popular science reporting. In this context, it is my opinion that there is insufficient connection between the statements made on television and the scientific article by [RESPONDENT] and others to warrant that these should be regarded as a single scientific product as defined in the DCSD Executive Order.

In summary, it is my conclusion that the complaint against the statements made on television does not relate to a scientific product, cf. section 6(1) of the DCSD Executive Order. The DCSD must therefore decline to consider the complaint.”

Requests to be cleared of allegations of scientific dishonesty

The DCSD may consider cases brought by a person who wishes to be cleared of named, anonymous or source-protected allegations of scientific dishonesty, provided that the person is scientifically trained, and that the person provides all necessary information for the Committees’ processing of the case, cf. section 4(1) of the DCSD Executive Order.

The DCSD may consider cases on its own initiative, if the cases are of public interest or of importance to human or animal health, and where there is reason to believe that scientific dishonesty has taken place, cf. section 31(3) of the Danish Act on the Research Advisory System.

As part of the processing of the case, the DCSD must obtain all the information necessary to make a sufficiently well-informed decision, cf. section 12 of the DCSD Executive Order.

The DCSD requested that the parties keep the case confidential until a ruling had been made, cf. section 10(1) of the DCSD’s rules of procedure.

A number of detailed rules on case handling are outlined in the  DCSD Executive Order and DCSD’s Rules of Procedure, and the DCSD committees were also subject to the ordinary rules of public law, including the rules of the Danish Public Administration Act.

The parties to the case may make use of assistants, and in practice it is not unusual that the respondent, at least, is represented by a lawyer.

If the case falls outside the remit of the DCSD or is manifestly unfounded, it may be rejected by DCSD or its Chair, cf.  section 4(3) of the DCSD Executive Order, and section 13(2) of DCSD’s rules of procedure. An example is the DCSD Chair’s decision of  18 June 2012. DCSD may reject a case if the costs of case proceedings are disproportionate to its importance.

Where a claim relates to interdisciplinary research, it may be necessary to allow more than one of the committees to process the case. An example of this can be seen in the DCSD ruling of 7 June 2012. 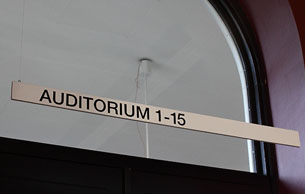 The DCSD concluded its consideration of a case with a reasoned statement, cf. section 13 of the DCSD Executive Order.

If the committees determine that there is a case of scientific dishonesty, they express criticism in a statement. According to section 31(3) of the Danish Act on the Research Advisory System, the committees can also:

1) Inform the defendant’s employer, if the party in question was employed as a researcher.

2) Recommend withdrawal of the scientific project in question.

3) Inform the relevant public authority responsible for the area.

4) Notify the police if there is a punishable offence.

5) At the special request of an appointing authority, state its views on the degree of scientific dishonesty

The Committees are required to publish an annual report on their activities which must inter alia describe all considered cases of scientific dishonesty in non-personalised form, cf. section 16 of the DCSD Executive Order. The reports are available at the DCSD website.

In recent years, the DCSD has also regularly published its rulings on the DCSD website .

On 21 January 2015 the Minister for Higher Education and Science established an expert committee to inspect the current scope of the DCSD. The committee will among other things consider the following issues:

In December 2015, the Committee presented its considerations in a report, which was submitted for hearing in early 2016. Further information on the Committee’s terms of reference, the Committee’s report and the hearing responses received may be found here. This gave rise to the new Act on Research Misconduct, etc., which is discussed in more detail in these articles:

The role of the Danish Committees on Scientific Dishonesty (DCSD) was given thorough discussion by the Committee for the Protection of Scientific and Scholarly Work (UBVA) in its 2014 symposium on “Research, ethics and law”.

You can watch a webcast from the symposium here.

See also this interview from the symposium with Professor Emeritus Vagn Lundsgaard Hansen and Professor Thorkild I. A. Sørensen:

Professor, legal consultant for the UBVA